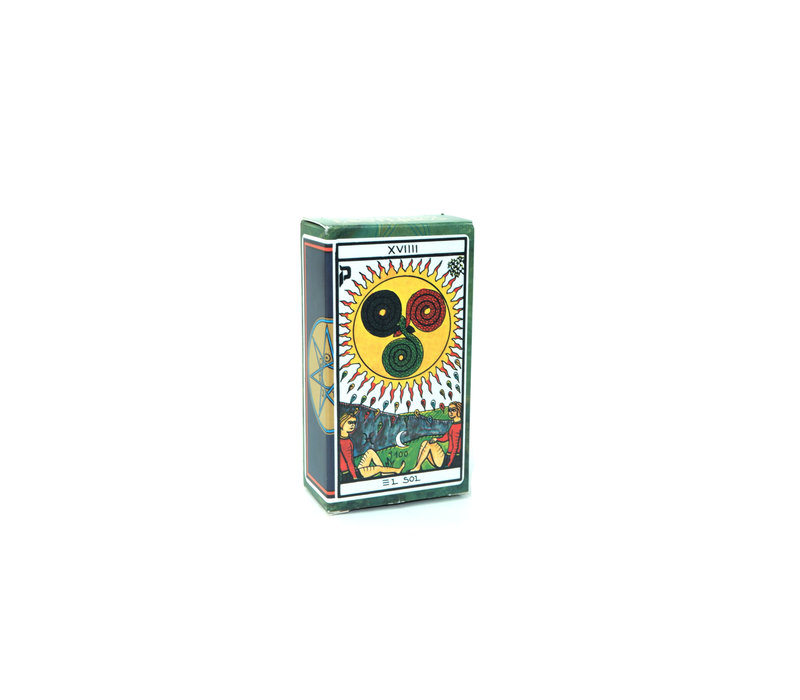 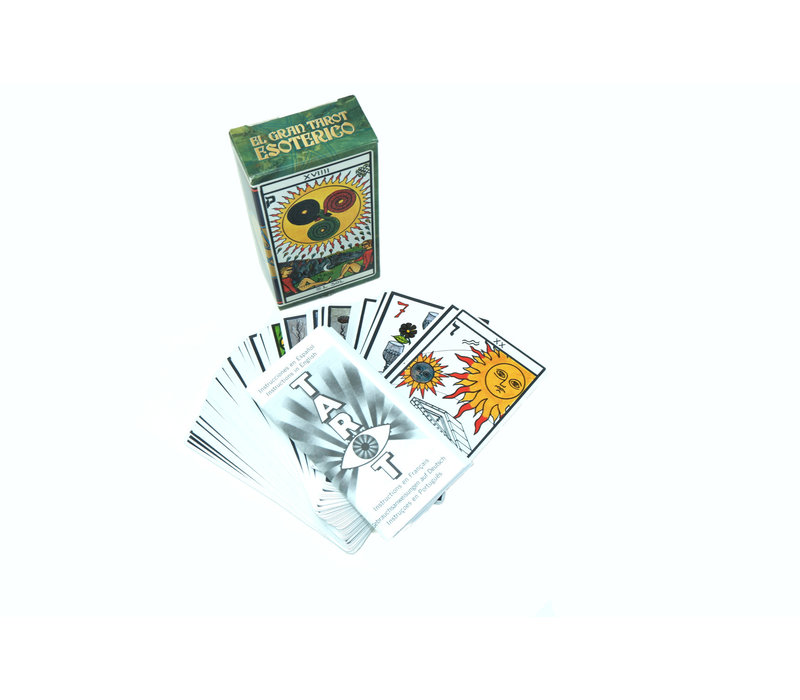 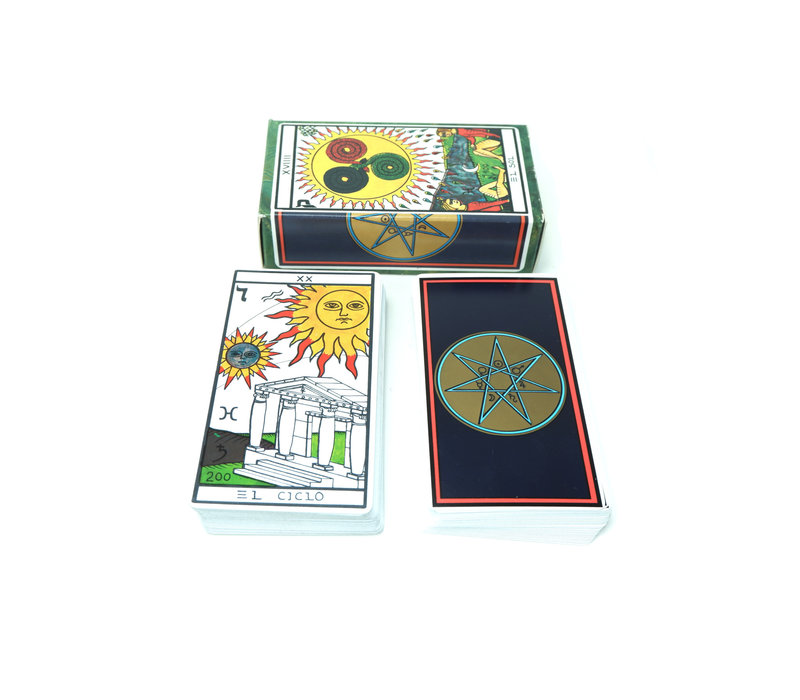 €20,00
The Great Esoteric Tarot is a deck of Spanish origin and design that was edited and published by the well-known card maker Heraclio Fournier in Vitoria, Spain.
In stock

It style is based on the classic Marseille Tarot but, nevertheless, a lot of fundamental differences can be found. For example, the letters are numbered with Roman numerals and the texts of the Major Arcana are entirely in Spanish. With respect to the Minor Arcana, they are numbered with ordinal numbers and have no title to define them. As usual, the Great Esoteric Tarot is made up of 78 cards divided into 22 major arcana and 56 minor arcana.

The Great Esoteric Tarot is considered as a very difficult deck to interpret since, despite containing an instruction manual, the symbolism of each card is not defined in it. However, its aesthetics and design invite to give a deserved opportunity to this attractive Tarot. 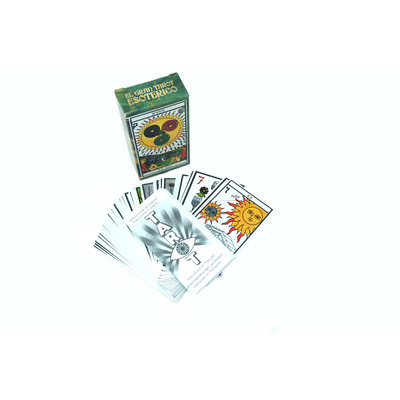