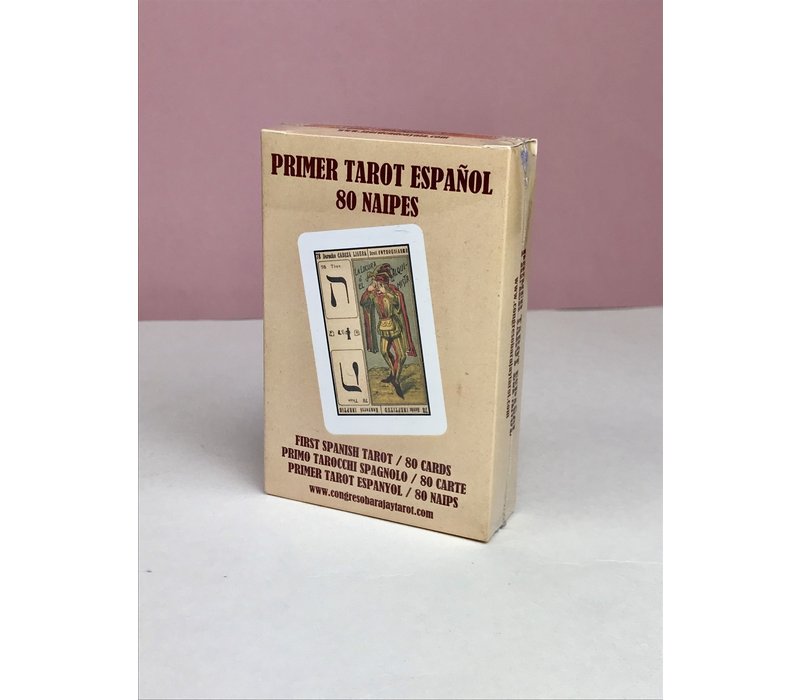 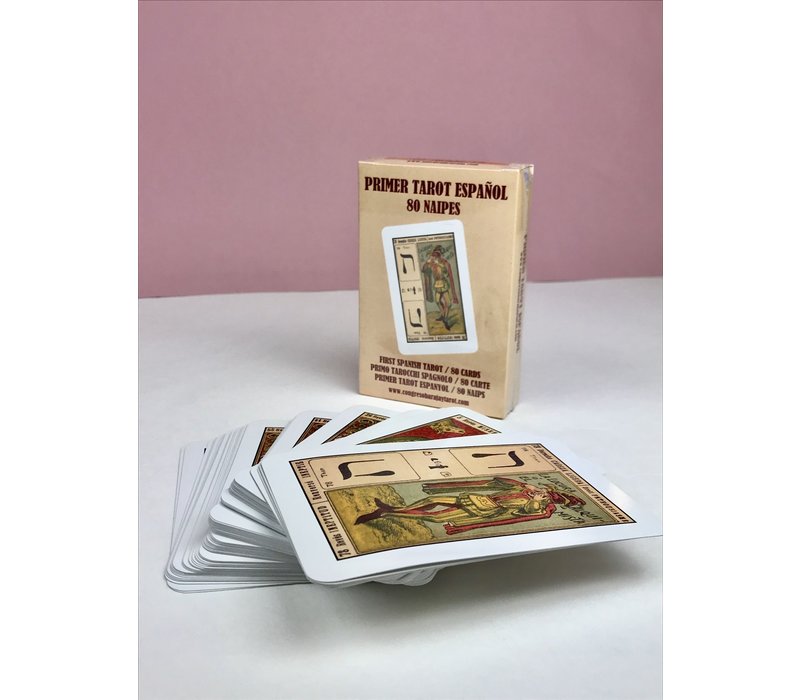 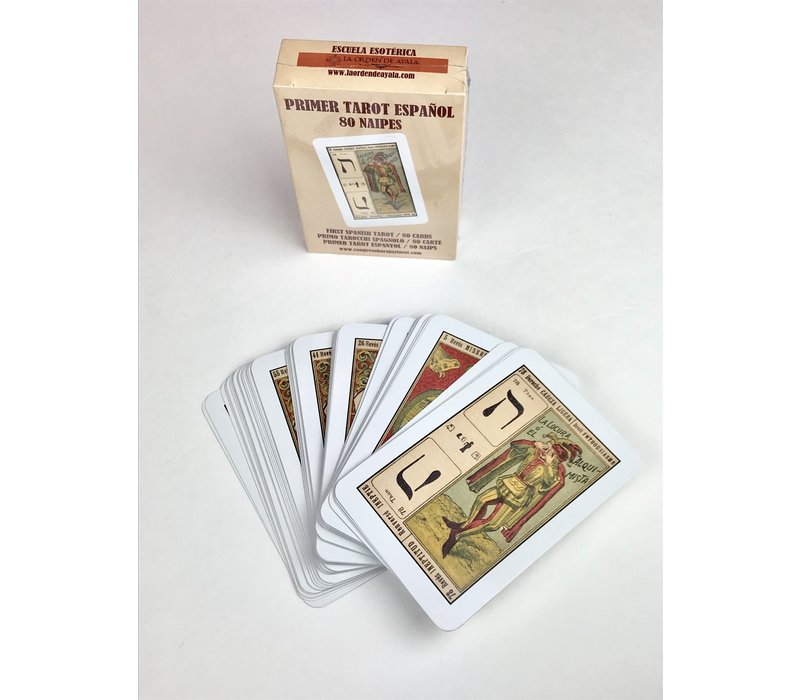 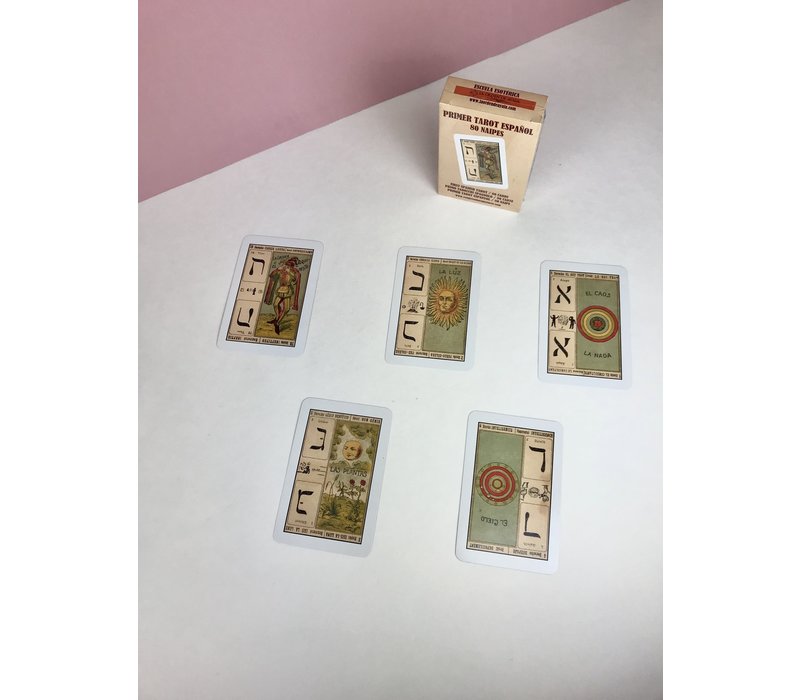 Egyptian style deck mixed with cartomancy.
Numbered from 1 to 78, 78 being the arcane El Loco.

NOTE: In the majors, the card has the image of a Tarot Etteilla, (Great Game Oracle of the Ladies) on the right and on the left it has the double Hebrew letters for to be able to mean the same to the right and vice versa, in the middle of the letters a scene inspired by the art of Ancient Egypt appears, allegory of the meaning of the arcane. In children, replace the letters with sheets of two decks. Spanish top and bottom one English.

It is also called TAROT CATALÁN because the Minor Arcana (upper left) are precisely of this style, being named for the first time by Felix Alfaro Fournier in his catalog of Barajas of his Fournier Museum (Year 1982) 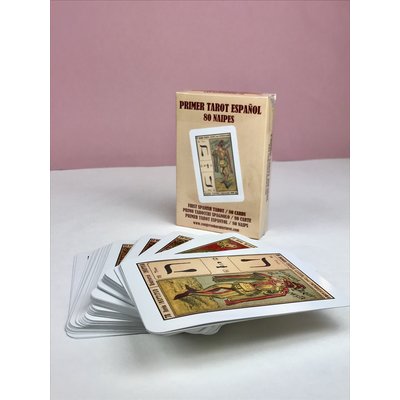 has been added to your shopping cart
The Great Esoteric Tarot is a deck of Spanish origin and design that was edited and published by the well-known card maker Heraclio Fournier in Vitoria, Spain. 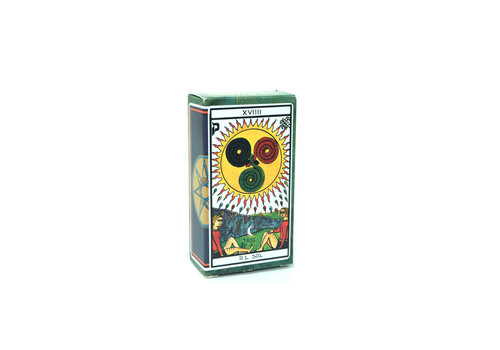 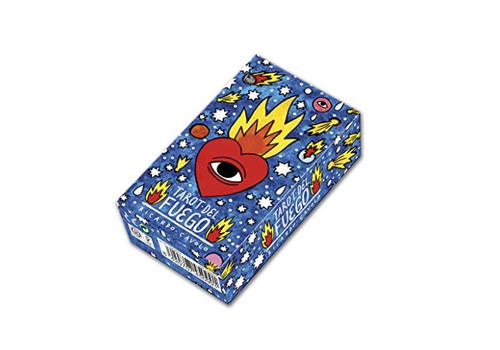 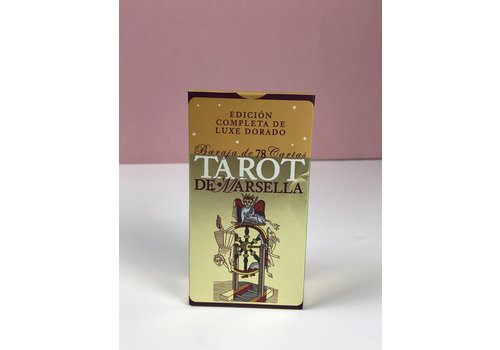 has been added to your shopping cart
Brut Tarot by Uusi 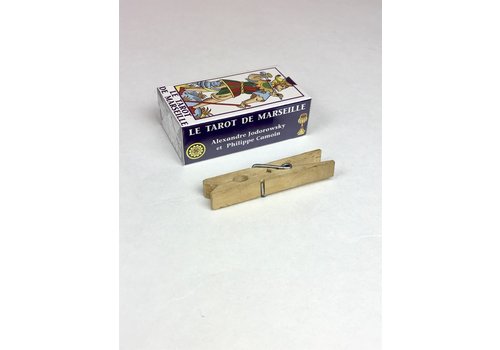